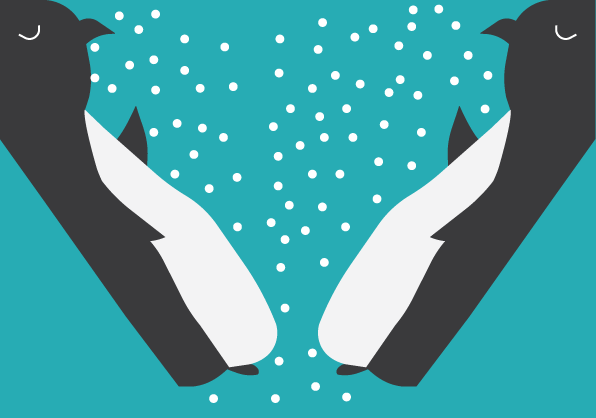 This is an on going post for Digital Design, week 4. I will post my progress throughout the week with the required activities.

A change of direction

I spent some time really thinking about the theme that I had chosen ‘Guilty Delights’ and found that it lacked a clear message and potential. Because of this, I thought it would be better to try and find a new theme. My road to finding my new theme, started with looking at my theme ideas from week 2. I then thought about flight, what it means to fly. My mind wondered to birds and I thought it would be interesting to look at birds that lack the ability to fly, by placing them on a paper plane, that enables a kind of clash between two realities. It also connects to a theme idea I had, called Ironic Flight, which explored animals that had cultural associates to flight (pig, horse) and mentioned flightless birds. I feel more confident in this theme and hope I am able to translate the initial idea into an interesting design.

Ironic Flight or Flightless Birds (still undecided on the title) is a theme that reflects on three different types of birds that lack the ability to fly. By placing the imagery of flightless birds on a paper plane, you are giving flight to a concept that explores the possibility of design, as a bridge between reality and imagination.

Why don’t you fly?
Before I begin to explore possible birds that I would like to use for the designs of the plane, I believe it is important to have a little understanding of why certain birds can not fly. In an article for National Geographic, Alison Frommme (2014) explained a connection and relationship that flightless birds birds have with each other. They also mention the link to evolution and how these birds had a flying ancestor. What I find rather interesting about this, is that it also connects the theme I am exploring in a deeper way, with birds that potentially share DNA or similar evolutionary traits.

Birds that can’t fly
This is a list for inspiration of birds that lack the ability to fly. Information was gathered from Eldridge (n.d.) and Zielinski (2014). I have listed the top 5 flightless birds that I find most interesting.

Visual Research & Inspiration
After conducting some research and looking at the species of birds that can not fly, I dived into gathering as much imagery as I could. For inspiration of the various bird types, I have used both illustrated examples and photographs, so that I have an idea of the reality of the bird forms, as well as the cultural identified symbolism (for example, sometimes in illustrations colours are changed that may not traditionally be the same colour on the real bird, especially the beak. Facial features may also be simplified, as well as patterns and markings).

Rough Sketches
I created a number of very rough sketches to get a feeling of drawing these different birds. I need a lot more practice in attempting to capture the shapes of the birds (especially the emu hahaha) and how this will be translated into a flat style, via Adobe Illustrator.

To begin my understanding of plane prototypes I have looked at templates of paper planes, with designs printed on them, in flat formations. This is a starting point, to see how the flat design (2D) is merged into a functional model (3D). When viewing many of these designs in their 2D form, it can be hard to contemplate how the final design will look, without an example of a compiled design of a plane. I think this is because we are accustomed to seeing designs that make sense, while the templates are made to work specifically for the model, so that each surface area completes the design in a 3D form.

In the previous paragraph on design examples, I briefly covered some of my thoughts on the difference between 2D and 3D designs of the plane templates. When I think about 3D forms, I think of an object that functions in a real world context, or looks to imitate an example of an object, with a multi-dimensional perspective. 2D designs are traditionally flat on a single surface. However, when you are creating a 3D design, such as the paper plane, you are using 2D, to transform it into a 3D object, by placing a particular element on each direct surface that will be folded or displayed at different angles of the object. To be able to achieve this successfully you need to understand how the 3D form functions, so that you can correctly apply the 2D design to work correctly.

While doing some additional research, I discovered that when calculating the proportions of a 2D and 3D shapes, it employs analytical geometry (Khan Academy n.d.), where in a simplified method, 2D measures the width and height and 3D measures the width, height and depth (Skillswise 2012). I will be honest, that some of the mathematical terminology is a bit ‘over my head’, but I believe I have a general understanding of how a 3D and 2D form and design interact with each other…

I began my plans for prototypes by creating some rough sketches of the folded plane shape. I decided to do this first, rather than folding many different planes and drawing on them, because I was still exploring the positioning of the birds within each plain.

I liked drawing a number of ideas on plane shapes, on 2D paper. I found that having to continually repeat the same plane shape every time, in a rough sketch, made it a little time consuming and ofter very different each time. I decided to create a template in Adobe Illustrator of the plane shape in three different angles. Folded front, flat front and flat back. I printed these out and was then able to create many sketches.

It’s important to note, that while drawing on the templates allowed for an exploration of ideas, actually drawing on the 3D model of the plane, allows you to clearly see how the design can function when in the folded form, and how it will look unfolded.

Using the example of a penguin plane prototype, I decided to practice using Adobe Illustrator, to recreate some of the elements in a vector format. The result, while not perfect, did allow me to experiment with the basic shapes that would be involved in the penguins.

I placed the photograph of the top of the unfolded plane. I locked this layer, so that it would not be moved. You will notice that the photograph is not aligned perfectly with the artboard, but because this is only a rough practice, and that the vector forms could be moved, I left it as is.

Using the pen tool, I began to trace around the main areas of one penguin. I decided to use straight lines for the anchor points, and not used any curved, because I wanted to edit points later and to use the radius tool on points, to make them rounded. There were a number of ways that I could have done this, using shapes, pencil tool, but I wanted to practice with the pen tool.

Once I had the full shape of the penguin outlines. I removed any anchor points that were un-needed and hovered over an anchor point until the round circle appeared. I moved this to adjust the radius and curve of each point, so that it closely resembled the original. I than placed a white fill in the shapes, so that I could clearly see each section. I also adjusted the rotation of the largest wing.

I decided to redo the shape of the eye, because there was a lot of unnecessary points. I used the pen tool and drew a line with four points, to get the general shape. Four lines was too many and removed this to three. Placing one in the center. I had to drag this point further below the current line, so that when the radius was adjusted, the line would meat closely to the photograph.

Once I was mostly happy with the shape of the penguin, I used a fill colour on each shape and removed the outline. The line on the eye, had an outline and no fill (this could later have been expanded and changed into a shape so it could be contained it’s size). I also grouped all of the layers/shapes together.

With the selection tool I chose the group of the completed penguin duplicated the group. I then transformed and reflected the penguin, so that it would be opposite to the first one. I aligned each penguin to the top and side of the artboard and locked the layer.

I created a background layer with a colour of blue and began creating the shapes of the snow. I used the eclipse tool and held down shift to have a symmetrical shape. To easily copy the shapes, I held alt and clicked and dragged each one.

The completed example is very rough, there are a number of points that I would want to be smoother, and the pattern of the snow is not very precise. I would like to have it repeating at certain intervals. I think it’s still a good starting point, with room for improvement!