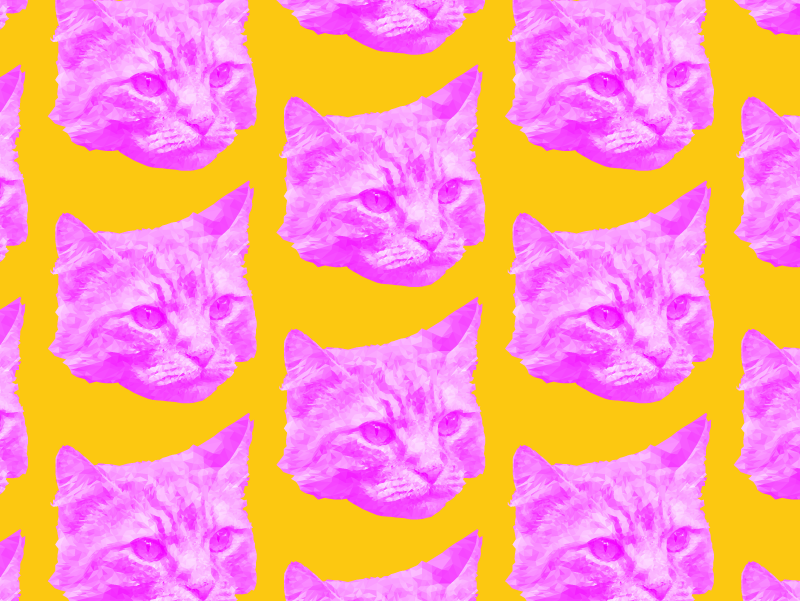 This is an on going post for Digital Design, week 3. I will post my progress throughout the week with the required activities.

Note: Week 3 is now complete, and this post is in full.

I am a little late this week, because of internet troubles. My satellite NBN has been down for several days and I have had to use a prepaid service so I can get back online. ?

Last week, I began to fully investigate a number of different themes, conduct research, draw some rough sketches and begin to gather a number of ideas. I found that I was drawn to the theme of ‘Guilty Delights’ which used the imagery of fast foods, sorted into sweet, sour and salty. With each each paper plane using imagery from the sorted groups. The idea is to have certain imagery on the top of the plane and an element of the foods on the bottom (for example; sweet (top) – cupcakes, donuts, (bottom) – sprinkles). This is just the early stages of the concept and I hope I am able to take it a lot further, to arrive at a final design that is interesting and unique.

Key aspects of my current theme.

My theme is divided into three categories, that will each be represented by the three planes.

Sweet
The category of sweet uses foods that are created with or inclusive of large amounts of sugar. This would include such foods as; donuts, cupcakes, ice-creams, etc. Colours used in these foods are often bright and eye-catching.

I have created a mood board via Pinterest where I have selected images that showcase sweet foods as well as captured in an illustrated vector style, that is similar to the type of ‘flat’ illustration I would like to reproduce in Adobe Illustrator.

I recreated sketches on the sweet foods, this time adding colour and a little bit more care to the shapes I was creating. I also experimented with adding faces to the foods. Something I am not 100% sure about. 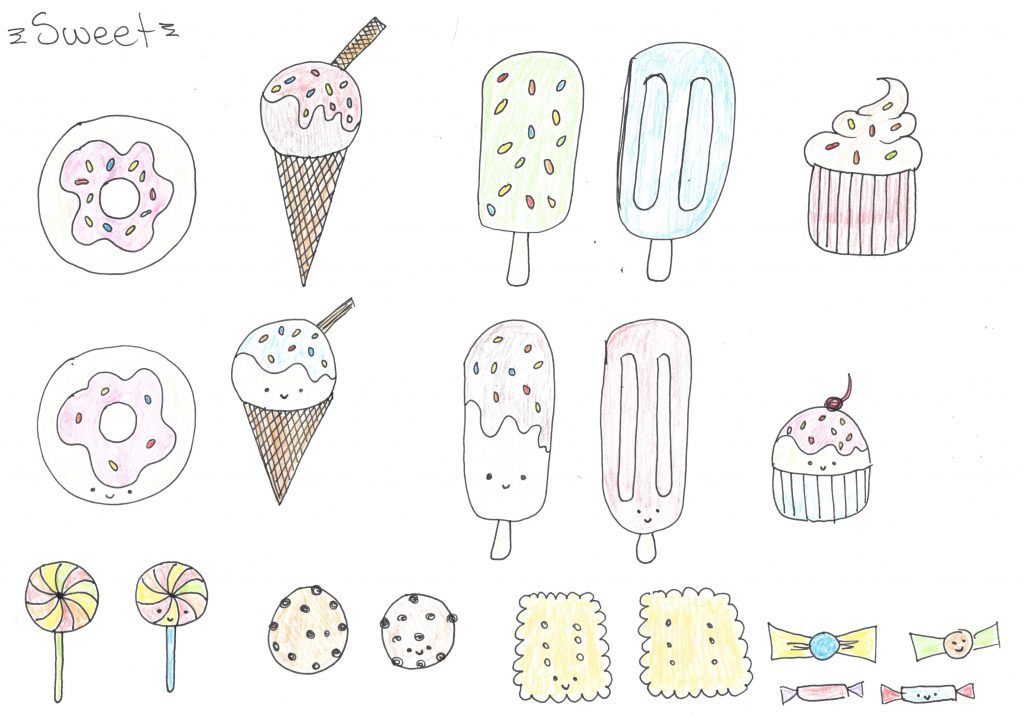 I also did some rough sketches of possible layouts for the sweet foods on a paper plane. 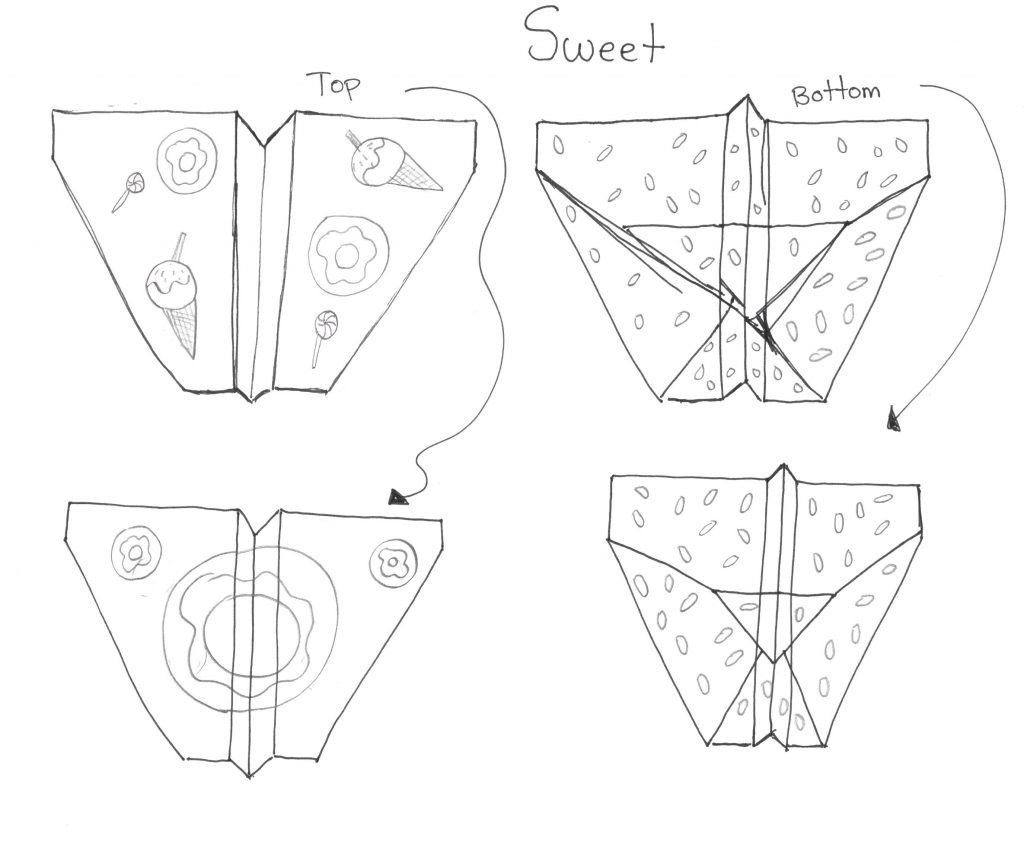 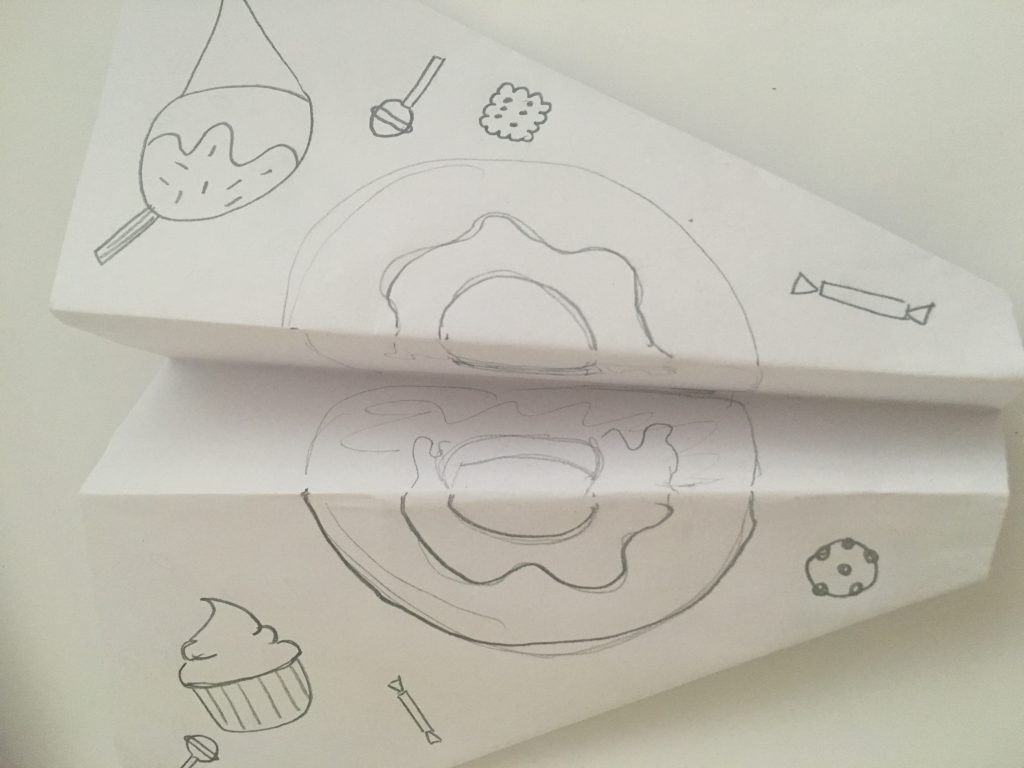 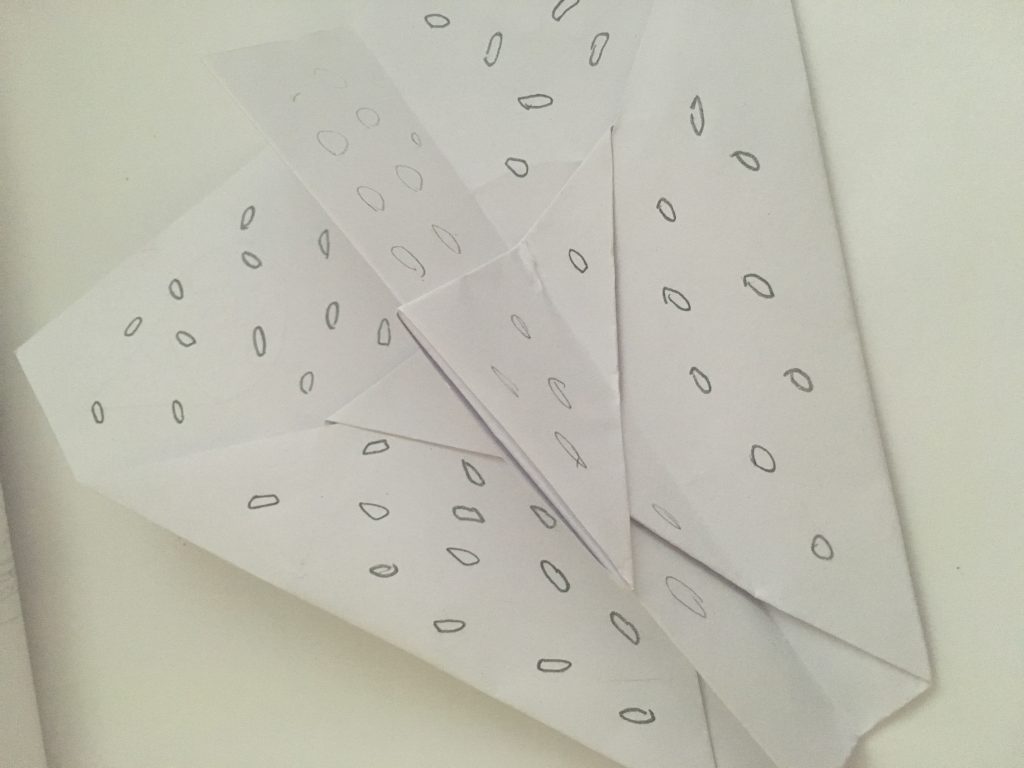 Sour (previous idea, not changed to soda)
Currently the category is sour is probably the weakest of the three. Normally, when you think of sour you may think of lemons, limes of anything that has a strong sour taste. The problem, is that lemons don’t fall under the theme. So I have looked to sour candy and lollies. There is the problem that they may be too closely associated with sugar, and when viewing the planes, could certainly be the odd one out (or a viewer may wonder why there are two sugar/sweet/candy planes and one with salty).

I may have to reconsider this category and find one that fits in more appropriately with the other two (sweet, salty).

I have created a mood board via Pinterest where I captured some images of illustrated candy. But had a very hard time finding flat style illustrations of sour candy. So I decided to save images of actual sour lollies.

Soda
This category uses images that represent soda. This could include cups, bottles cans, etc. The important aspect is that they should not, for legal reasons have any form of branding attached. But they should be able to be identified as soda drinks. For example, the shapes of the bottle, colour of the liquid and perhaps even the colours of the pretend labels (if used). This does link in to the junk foods, as the kind of medium between two fields. The two bad foods of sugar and salt, and the beverage or drinks that are often connected to these.

I created some sketches of soda bottles and cans and used some colour as a general idea of different colours that could be used. 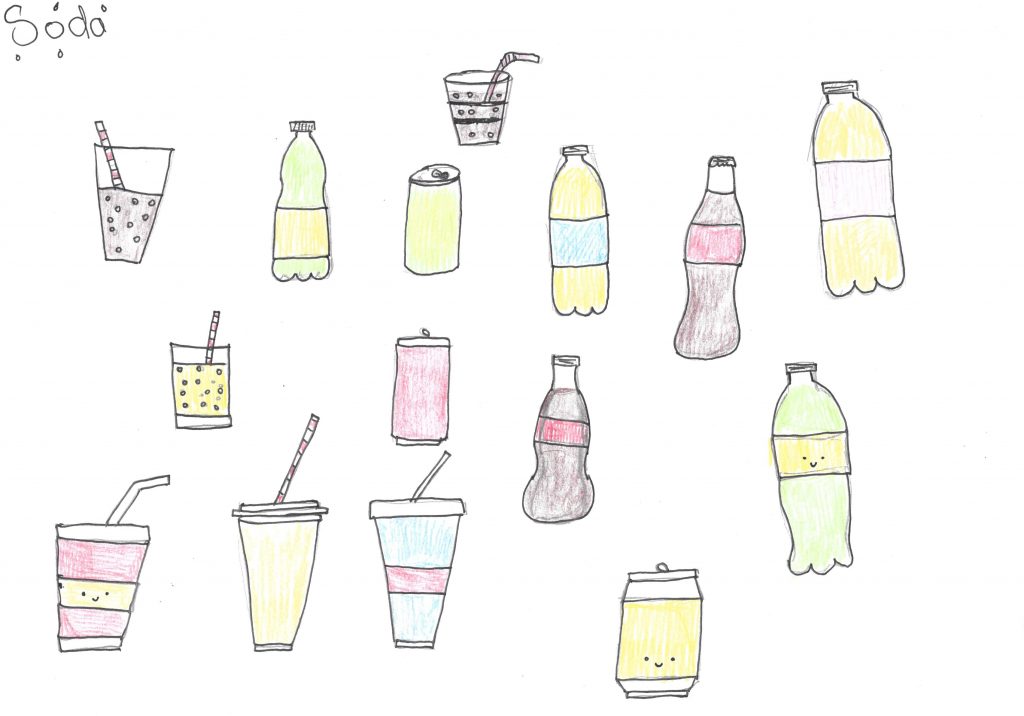 Salty
This category draws on food that are heavily saturated in salts. This could include; hamburgers, pizza, hot dogs, etc. This draws a clear contrast between the sweet theme, but also has a connection to being junk foods. Salty foods are very visible in advertising, and could easily be the most recognisable symbols of the three planes.

I have a mood board on Pinterest of salty foods, that also match a similar illustrated style that I admire.

I created some more sketches of salty foods. Adding colour. 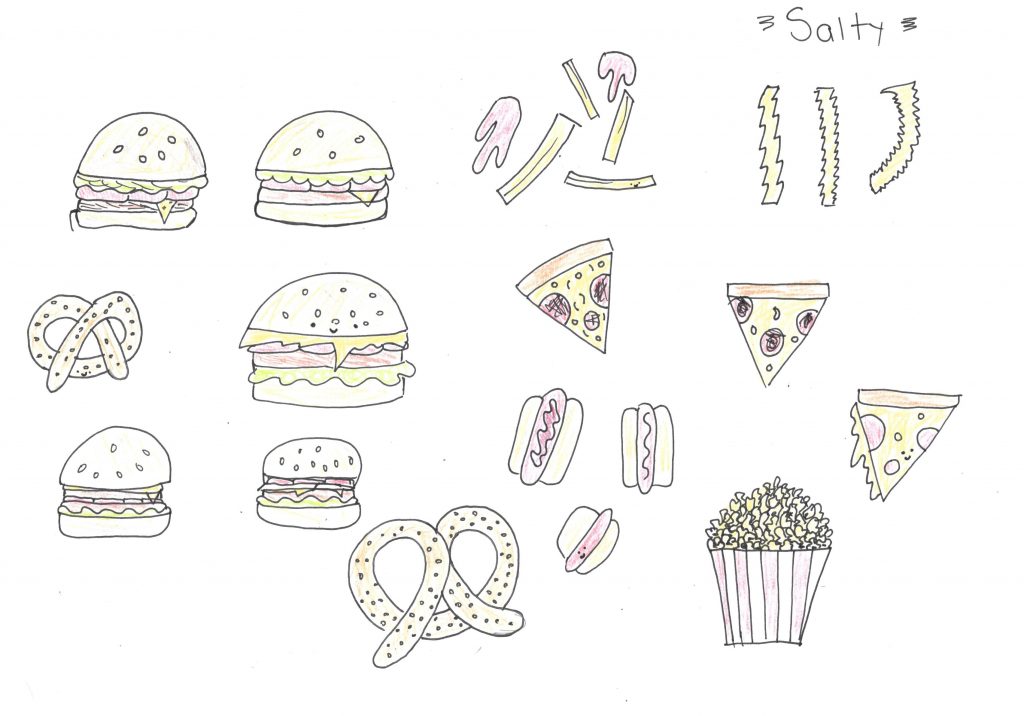 Changes to the categories in the theme:
While working on sketches for the design of the top and bottom of the plane, I decided that my original idea to use sweet, sour and salty was not going to work. The category of sour had too many connections to sweet and the look of sugar on the bottom half of the design looked too much like the salt. It had been the odd one out from the start. So I have decided to now use Soda as a replacement.

The more that I think about the theme I have chosen and the imagery I am using, the more I consider what message I am sending and how my planes could be interpreted. It also makes me consider the important aspect, of what I want the design to say, what the intention and purpose is. I do not want my theme to be very political, or be a way of saying you should eat a certain thing or be a certain way. I want it to be lighthearted. That is why I have considered adding faces to the food, to add another level of illustration and design element, associated further away from actual foods and the choices we make.

I spent some time looking at types of paper planes and folding them. I found that I really liked the Nakamura Lock, because it had a very solid construction compared to various other types I had tried. I also liked that it had a lot of clean surface space on the top, where the design could be implemented. The only problem that may arise, is the number of folds involved and the way that the folds intersect on the back. No doubt that this will be something I investigate further as the design evolves.

I have continued to practice with Adobe Illustrator and found it was a really good activity when I was having internet troubles. I found that when creating the example, because of how much was involved with creating shapes with the pen tool, it was really great to take advantage of the hot keys and to quickly change between tools.

I created a low-poly geometric illustration in Adobe Illustrator, that was based on an original photograph I had taken of my cat. Viewing a tutorial by Breno Bitencourt (2015) I decided that I would give myself the challenge and see how I went. I did not realise at the time, how much time it was going to take, and how much patience it also required. 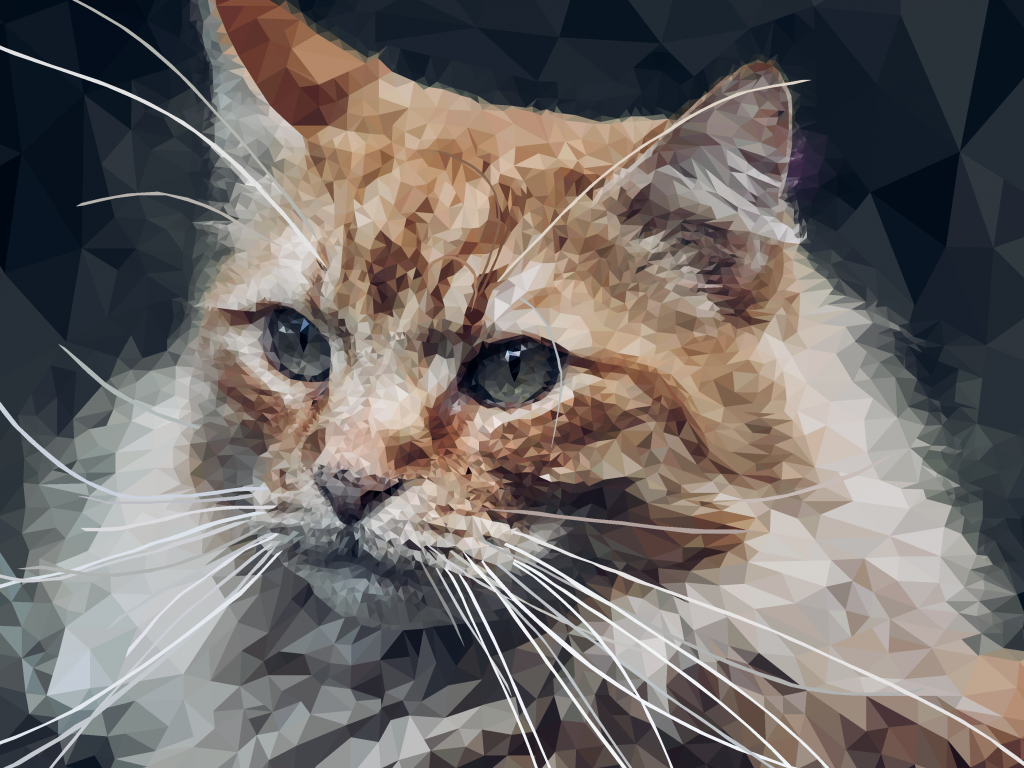 The process involved placing the original photograph on a locked layer and using the pen tool to trace around areas that were in a particular shade or colour. Using triangles only (with the exception of the whiskers) it took a lot of time (4 days). For areas that were more interact and had finer details, the smaller the triangles had to be. Particularly in the eyes and around the facial features (mouth, nose). The background and out areas could afford larger triangles because the colours became less intwined. 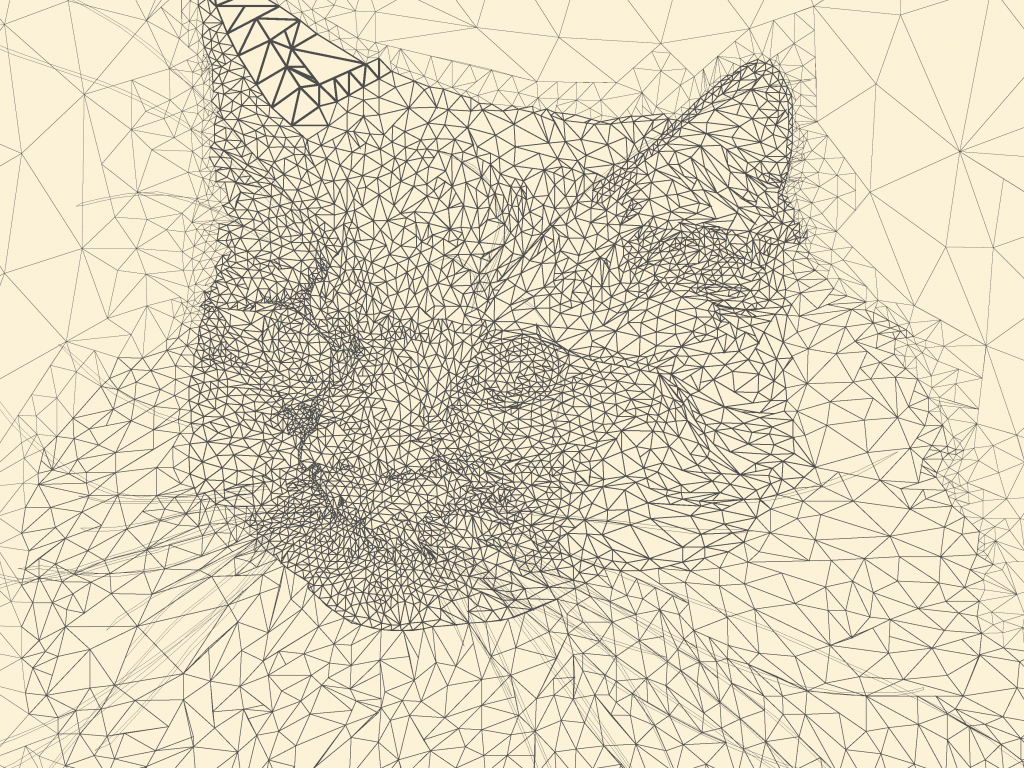 Above is an example of the full image outlines with triangles.

Because the completed image was now in a vector format, it meant that I could manipulate the colours and create a range of different imagery. 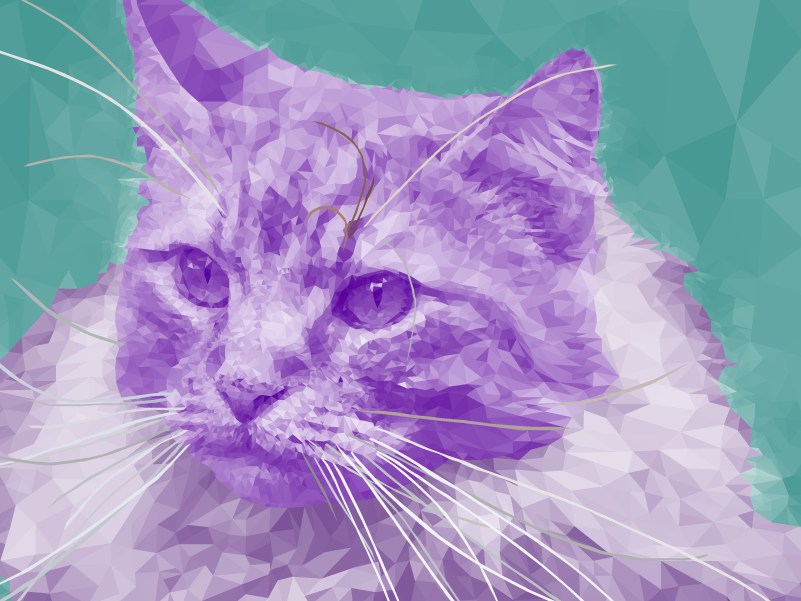 Because I have run out of time this week, I have several things that I want to make sure that I cover next week (along with the requirements for that week)