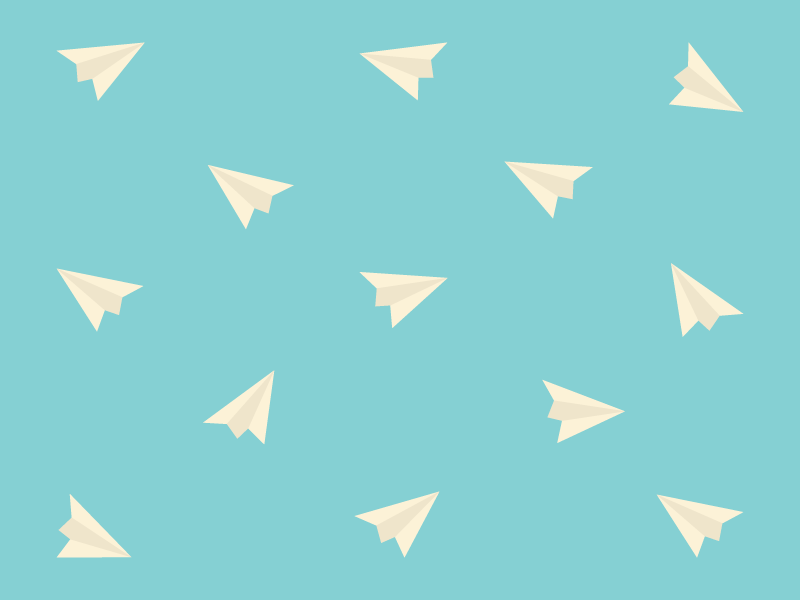 This is an on going post for Digital Design, week 2. I will post my progress throughout the week with the required activities.

Note: I have now completed week 2, and this post is now in full.

The origin of the first paper airplanes is uncertain, however there is some suggestion that they were first crafted in China, over 2000 years ago with influences from kite and balloon design (Blackburn 2008). The invention of modern paper airplanes is linked between 1909 to 1930 and to Jack Northrop (who co founded Lockheed Corporation) (AVIATION FOR KIDS n.d.) as prototypes for flying airplanes (Blackburn 2008). The popularity of paper plane creation in a cultural sense, was also influenced by World War II. Due to the shortage of materials and the availability of paper during this time, it could be used as a convenient activity or toy for children (PaperAirplanesHQ 2016).

Science Buddies lists the key concepts involved in the process of flight for paper airplanes and describes the process as “The forces that allow a paper plane to fly are the same ones that apply to real airplanes. A force is something that pushes or pulls on something else. When you throw a paper plane in the air, you are giving the plane a push to move forward. That push is a type of force called thrust. While the plane is flying forward, air moving over and under the wings is providing an upward lift force on the plane. At the same time, air pushing back against the plane is slowing it down, creating a drag force. The weight of the paper plane also affects its flight, as gravity pulls it down toward Earth. All of these forces (thrust, lift, drag and gravity) affect how well a given paper plane’s voyage goes.” (2013)

Today, there is a large number of designs for paper planes. Ranging from easy folding techniques with a subtle suggestion of an aeroplane to advanced designs that capture many details of modern flying aircraft. Fold N Fly currently has a database of 32 different designs for paper airplanes, that range in difficulty level from Easy to Hard (Fold N Fly 2015).

What I find particularly interesting about the concept of creating a design for a paper plane, is not only in the history of paper planes and the connection to a time before human flight and aircrafts, but it also in the bond between design and paper. Design is a visual medium and it’s connection to the printed form goes back to the early creation of paper, to the insurgence during the Industrial Revolution and today with many printed advertisements, packaging and more. What I feel, for this project is that I would like there to be a recognition to the history of design, but to also capture through my chosen theme, the ideology that flight has on the imagination. Such as, using design to fly, or transforming a static design into something that has the ability to uplift an idea. As I continue to investigate and explore, I should have a greater focus on my chosen themes. 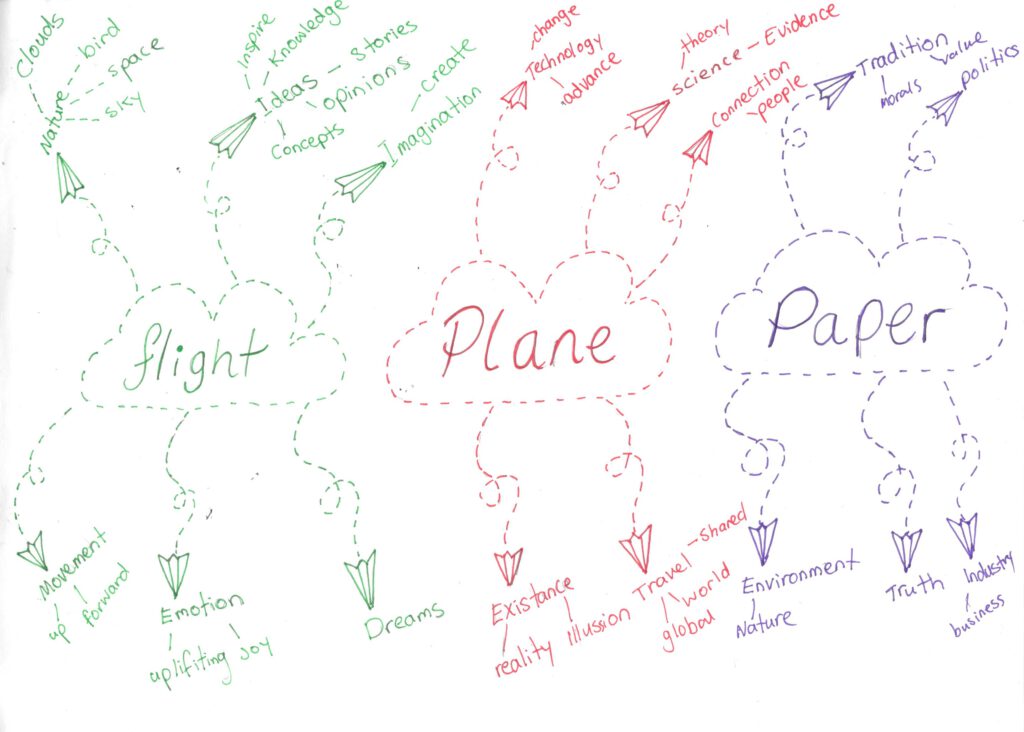 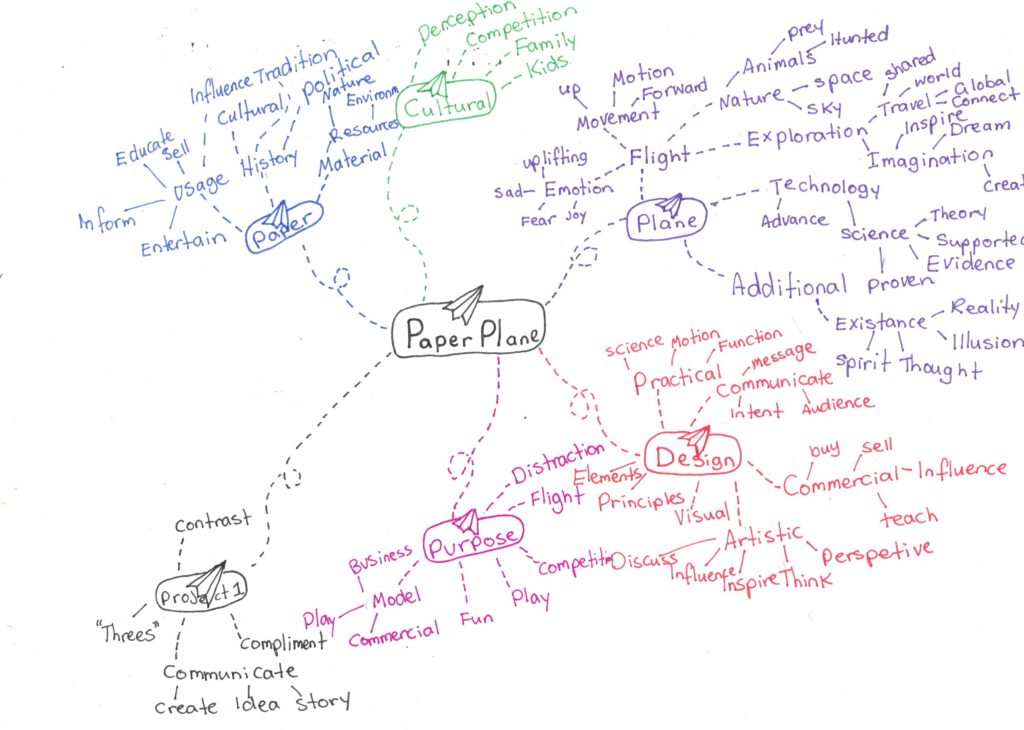 I am interested in creating and using a theme that has three parts. Because there are three plans (for Project 1), I would like the design of all three to have a specific connection, that allows them to be part of a whole, but also still visual interesting on their own. I have captured ideas of my own and found sources of inspiration from Yahoo Answers (Yaybob 2007) (KURTRM 2014) 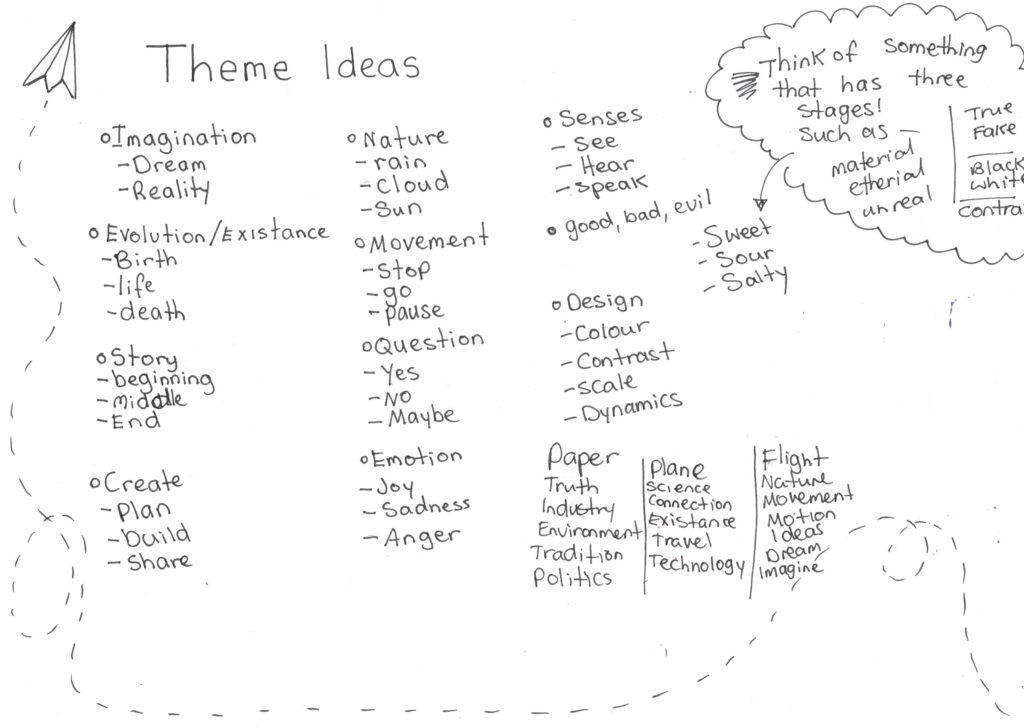 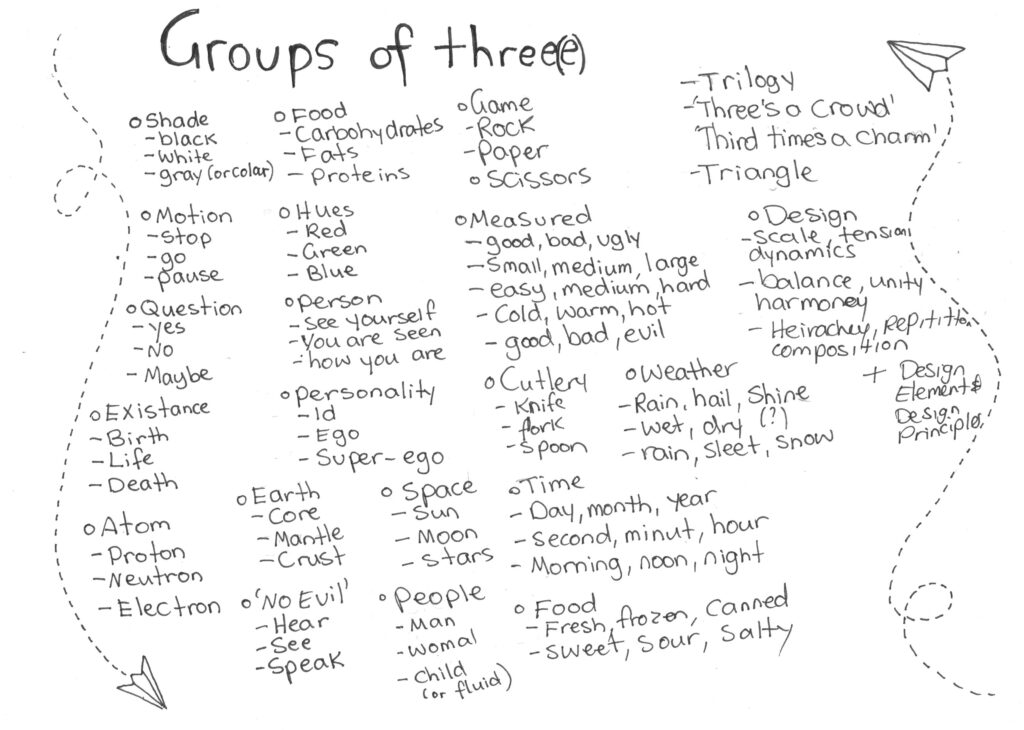 Guilty Delights represents three unhealthy food groups; sweet, sour and salty. On each of the three paper planes, the top of the design will feature a selection of images from each group, and on the under side, an element from these. For example, on the ‘sweet plane’ I may have imagery of donuts, ice-creams, cupcakes and on the bottom, sprinkles. An example for sour, may be sour lollies and worms, with sugar or something similar underneath (I would have to be careful that it was not confused with the sweet theme. An example for salty, may be hamburgers, fries, pizza and chips or salt on the bottom. I would like to use a modern ‘flat style’ illustration, that focuses on the shapes using squares and smooth corners. 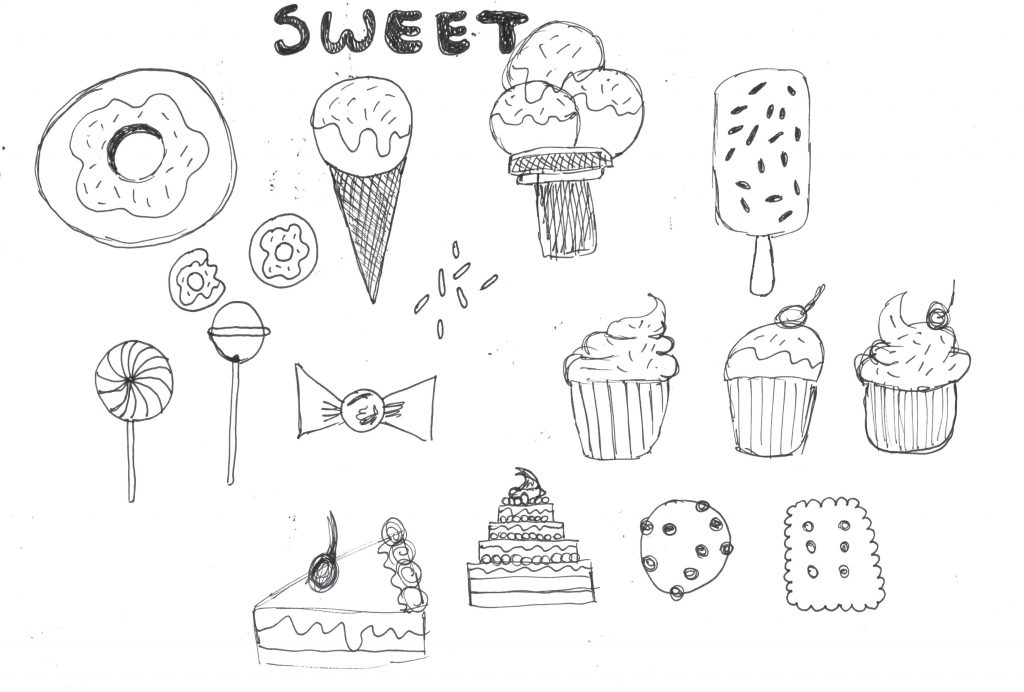 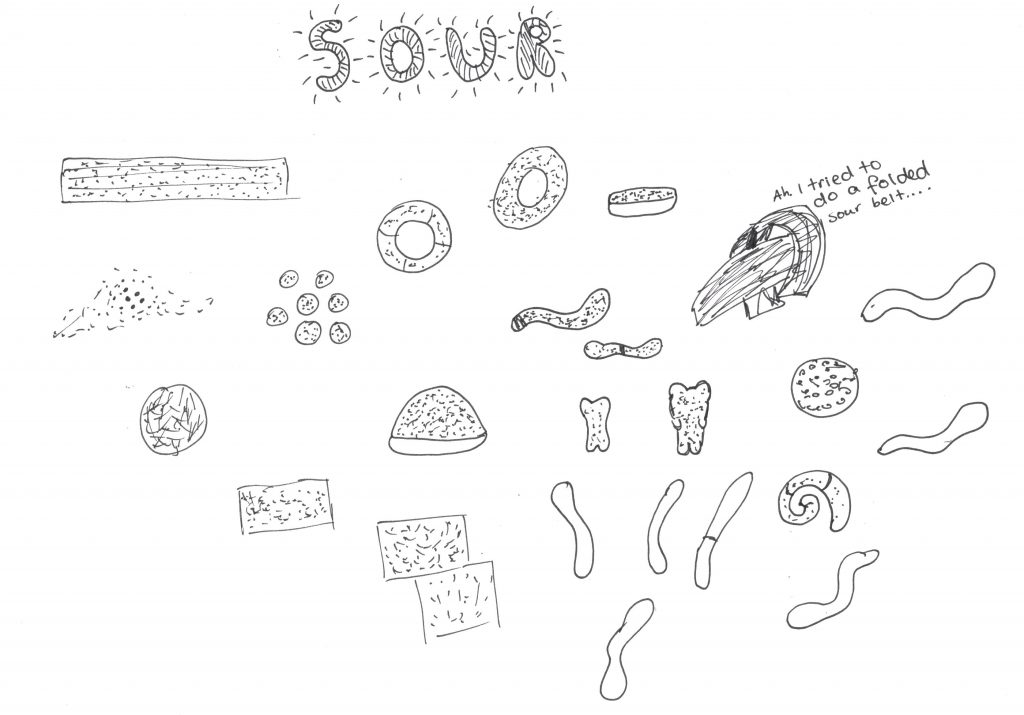 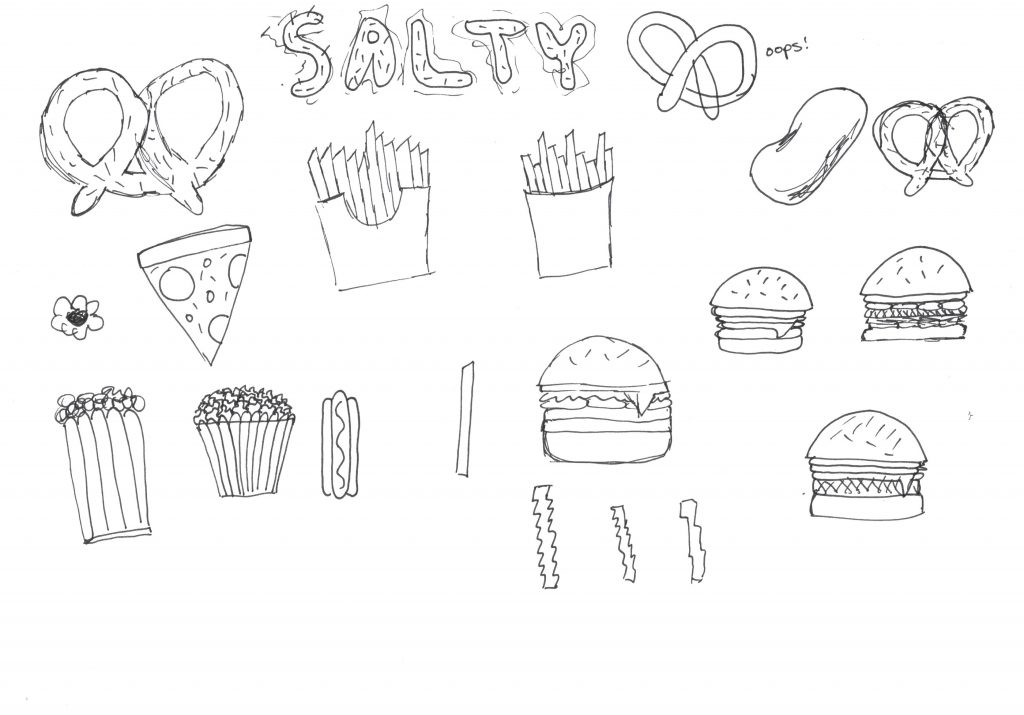 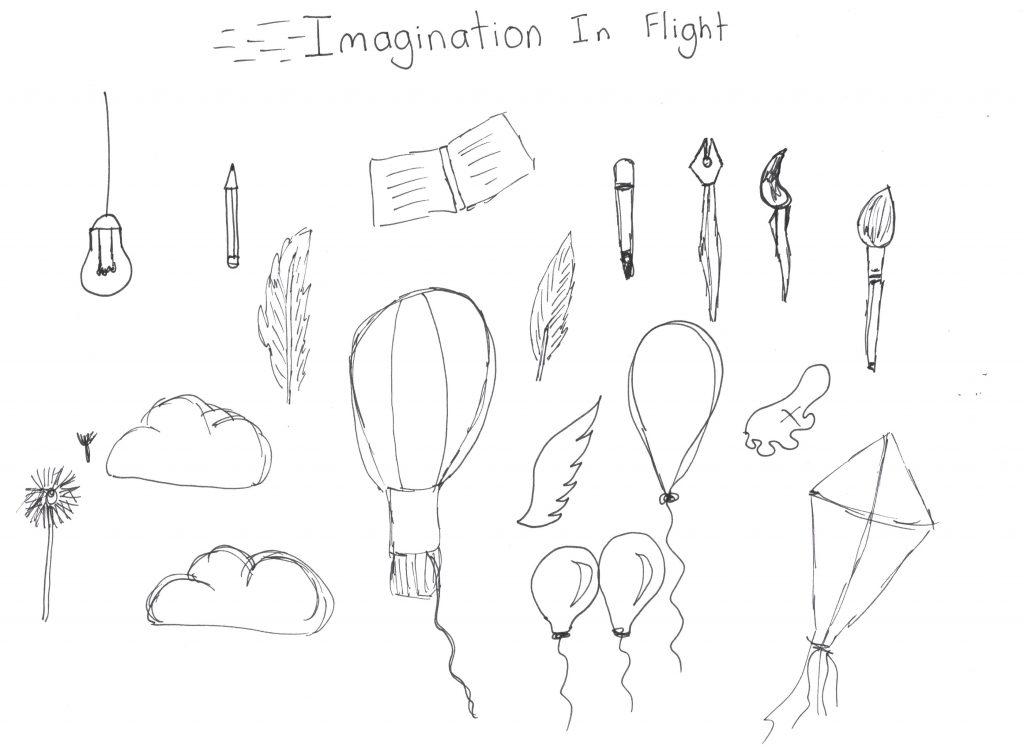 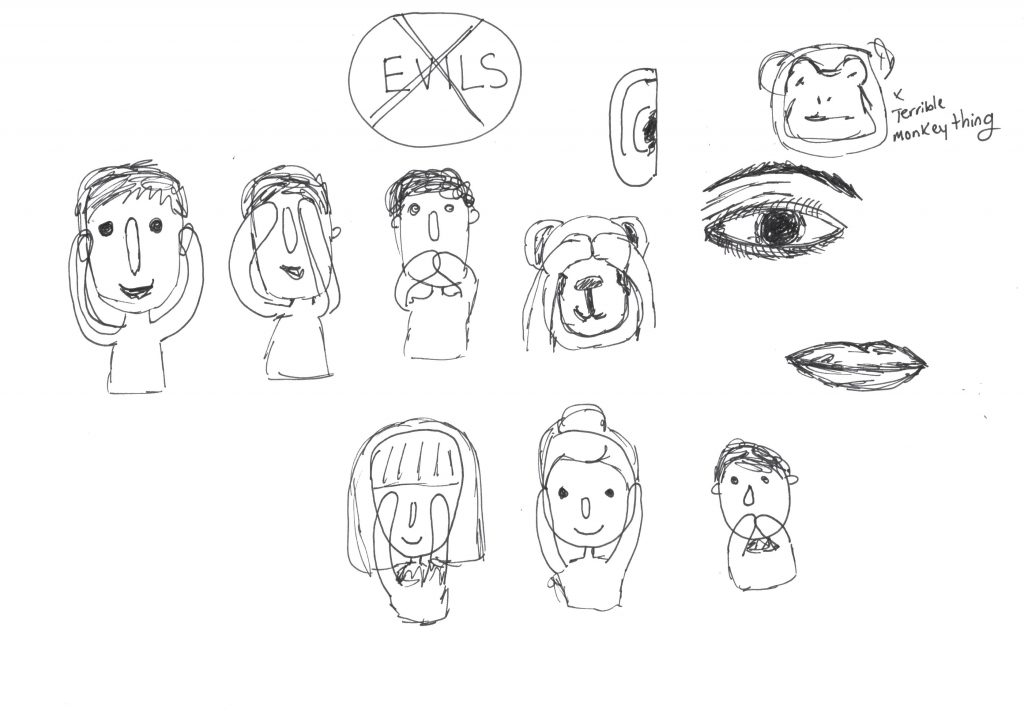 While doing research for project 1, I have also been viewing tutorials on Adobe Illustrator to discover new ways to use the program and develop my understanding of how to use a number of features. So far I have been able to learn how to use the shape building tool, which allows you to easily form shapes. Previously I had been doing this mostly manually, which took a long time. I have also found that the transform tool ‘move’ allows you to move points of an object to make sure you can have an exact movement in any direction. Previously I had moved the ancor points and not always had a precise result, so this has been really wonderful.

With this new knowledge, I decided to experiment and made a new avatar for myself. 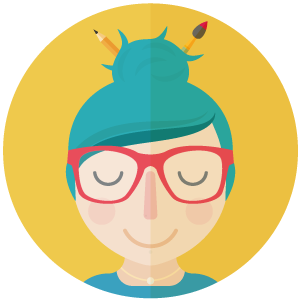 As a personal practice exercise I decided to take an element from one of my mind map scans (the plane) and convert this into a digital design. This was a good practice activity. I placed the scanned document into Illustrator and locked the layer. Because I wanted to replicate the shapes as accurately as possible to the original sections of the sketch, I used the pen tool to make the shapes and adjusted the corners as needed. Once I was happy with the shapes, I than used colour instead of outline to give more depth and smoother appearance. This was a very basic activity, but it was also fun. 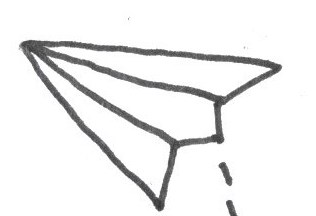 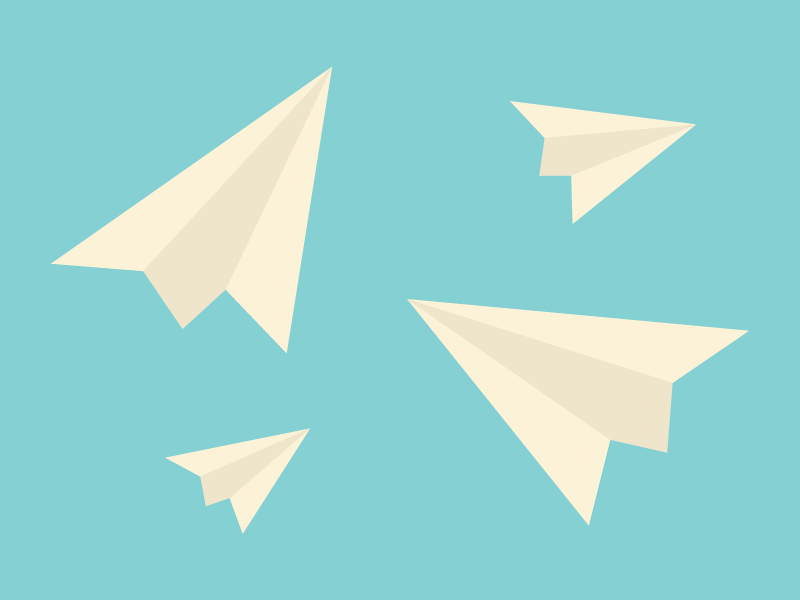