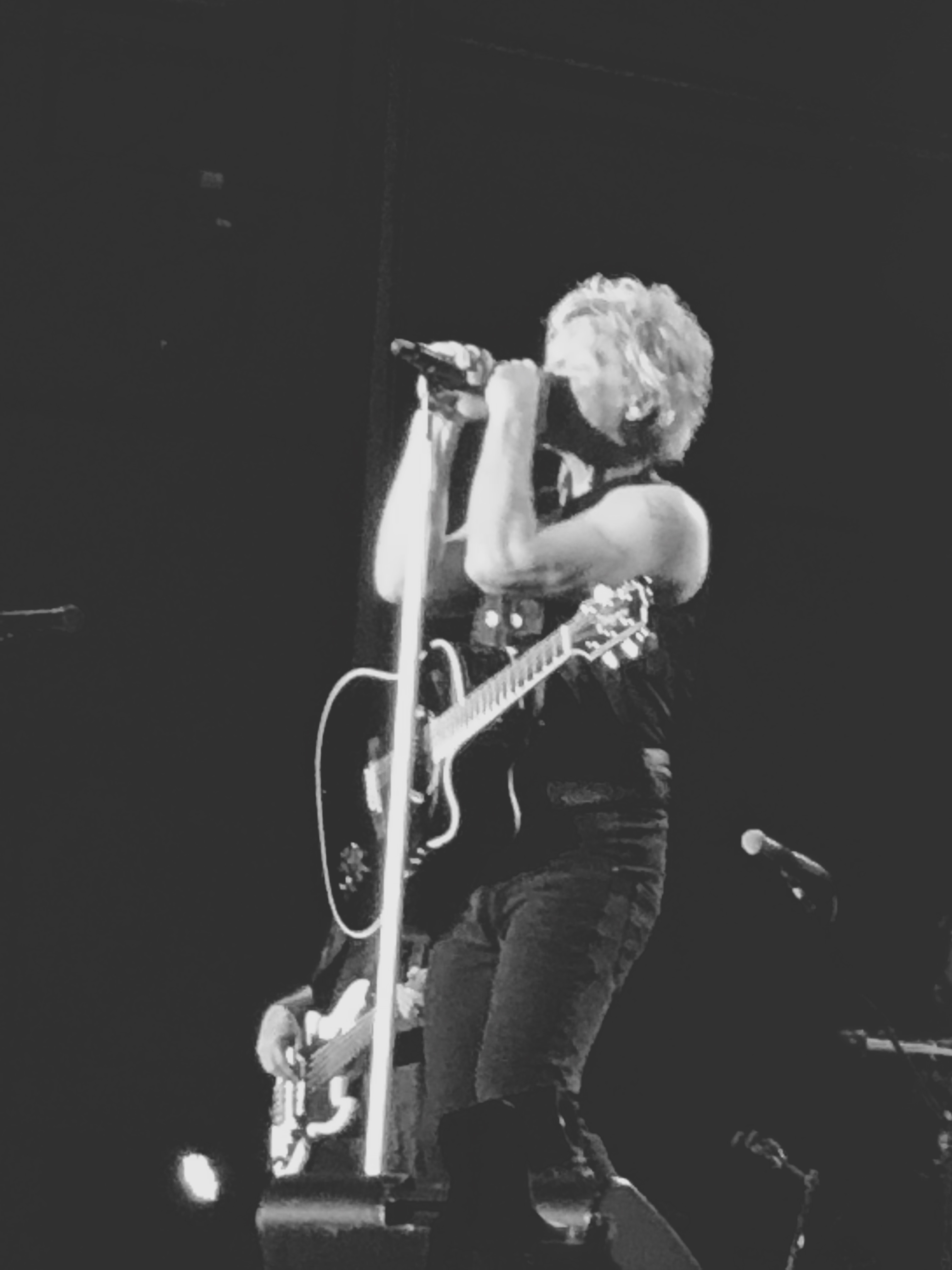 Last week (8 December) I had the marvellous experience of watching Bon Jovi perform at ANZ Stadium in Sydney. Their show was filled with great songs, lots of energy and star power! I was incredibly lucky to encounter the show from the third row! 😍

There is something magical about seeing one of your favourite bands, live in concert. You find yourself reliving the moments and memories that each song carries.

I received the best early Christmas present ever, a VIP Dinner Experience ticket to see the legendary Bon Jovi. This was my first time attending a show as a ‘VIP’, and I wasn’t sure what to expect. 🤩

As a VIP I was given priority check-in and escorted to a corporate box that overlooked the stadium. We were given delicious food, chef’s on hand, an open bar, charging stations, private bathroom, masseurs, and some exclusive freebies. They also held a raffle for signed items, but I didn’t win. 😅

I thoroughly enjoyed the ‘VIP treatment’ and found it was an excellent way to spend the time before Bon Jovi played. I talked to many people who were first-time ‘VIPS’ and having a good time. We were all very excited for the show to begin and when it was getting close, we made out journey to our seats. 😘

Bon Jovi burst on the scene and brought to life many of their classic hits. I was blown away by the songs and the charisma that Jon delivered with his sexy stage presence. It’s true that they are getting older, but that hasn’t stopped them from a high energy level performance that I thoroughly enjoyed!

I was so close to the band that I completely lost myself in the moment and forgot that I was with 80,000 people.

Bon Jovi performed 23 songs, which varied from classics to newer songs from The House Is Not For Sale. I was so excited that they sang It’s My Life. That song was an anthem to my younger, teenage self. 🤘🏻

Overall I had an awesome night. The VIP Dinner Experience was terrific, and Bon Jovi were amazing! It was an adventure that I will remember for a long time to come.