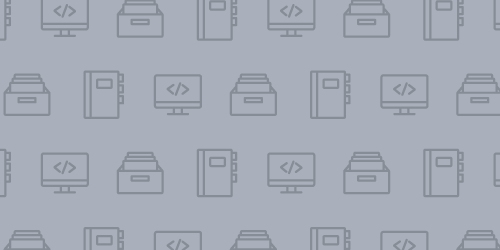 In my hidden corner.

I thought I better blog after all it’s pretty big news in my world. Tehlove Hosting has been cancelled, closed, killed :[, finished, murdered, failed, and squashed. And along with that, my dreams I had for it. I am putting on a brave face, it upsets me so very much that it’s gone, I loved it deeply.

All the reasons why;
1. Server Cost.
– When I started out with Tehlove it cost me a grand total of $25 a month on a smallish reseller account. As my client base grew, the hosting was also required to expand to support it. I moved up a few resellers and it was happy sitting at $65 for a while. But then eventually I had to upgrade again, and because the option for bigger resellers was not available I had to step into the world of my own Dedicated Sever and this is where the money gets serious.

The first server I purchased was $180 a month, but it was a single CPU processor with piddling ram and just about everything else. I soon discovered this was a really bad option and wasn’t going to cut it, I did not want to offer a bad service to anyone. The final upgrade was the biggest at a whopping $400 a month and although the server was just about awesome, it slowly killed me and my funds, having to borrow money to afford it. I could have upped the prices, removed some features, but I couldn’t bring myself to do that, because I had ideas of my own perfection of how it should be.

2. The Stress.
– If you have ever owned your own server or even a computer you will know how they can be. Unpredictable, strange and defiantly odd. You will work hard on them, but more often then not you will still have trouble at least in some part. If you make an upgrade it can cause problems in one section, you fix that and then something else will arise, it was like this for 90% of the time, and if it upset others, it upset me as well, because I could understand how frustrating it would be, and a lot of the time I was having the same problems on my own sites.

I wanted to be around to help when they had problems and sometimes this meant staying online longer then normal and watching the emails obsessively, unhealthy in teh brainz.

I also had my critics too, and sometimes I read their words which was a bad idea. Because in my heart I knew what I was doing was true and I was always trying to find ways to make it better. In the end, even if I have failed I am still not scamming anyone. I’m hosting those that want stay onto the end, and helping them just like I would have. But people will always point and laugh its human nature I guess.

I guess at the moment, things have been a little messed up. With Witchypoo, Tehlove and having been in a low point for a while, but I will pick myself up and be okay. I probably need to take a few days out and try to breath and maybe get some writing done.

I can say I am very thankful and I mean this to have so many wonderful friends who have sent kind words and their thoughts. I am shocked at how many people have been lovely about this whole thing. I knew I hosted a variety of beautiful people, but I did expect them to be angry and raging off at me, but just about everyone has been so kind. I honestly get tears in my eyes thinking about that. Thank you all.

I am sure I will be back and in full spirits again soon.