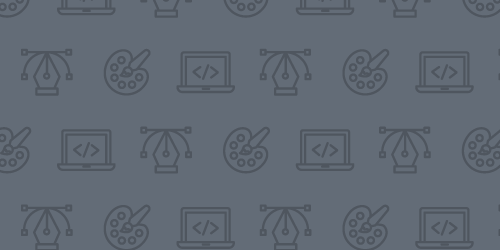 Writing Sunday: Give your sins a name

The following short story is recommended for a mature audience only.

I sat in the strange little box and waited. This was my parents idea because I was not the ideal child they had always dreamed me to be, the perfect reflection of themselves, gleaming with awards and trophies, stepping towards my career as a doctor or lawyer. Instead, to them I was in the gutter, slinking towards a future at McDonald’s if I was lucky.
“What are your troubles my child” a voice said through a thatched divider in another small box. I was not religious and the fact that I was being forced into confession seemed highly contradictory. It seemed so cliché that the youth in trouble is thrust towards the religious saviour, that God or a divine light is going to fix all the problems, and possibly take away my hormones.
“Well, I guess to put it very plainly, I had sex.”
I could hear the voice contemplating what was the right thing to say, and I was trying very hard to hold back growls of laughter, realising this would be more embarrassing for him, really.
“Go on” he finally said in a wavering tone.
“I guess it wasn’t just the fact that I had sex, it was due to the fact that it was at school and someone caught us and filmed it. Then after the whole school had seen it, so did the staff, the principle and then it was reported to my parents, which I really hope they didn’t watch.”
I wasn’t sure at the reaction I would get, but he gasped, literally. Maybe he had a photographic memory and it was the mental image that scared him the most. It wasn’t something that I was proud of, who wants to have their private moments broadcast to everyone you know, I guess if you have a career in the pornography industry that is different. It could have been my ticket into that world, but I did not want to, and although I wasn’t wishing I could take back what happened I was still embarrassed. Maybe it was the constant yelling of my mother telling me I was filthy and unclean and was going to burn in hell.

I sat in silence in the small little box. Not sure what I was supposed to say, and if he was still even there or had died of shock.
“Why?” was all he said.
“Because I wanted too. Haven’t you ever felt a desire, okay maybe a bad example. Haven’t you ever really wanted to or felt compelled to do something?”
“Young lady, there are things in life that God grants us, and there are those gifts that we should wait for and savour.”
I thought about this for a while. If I did not believe in God then how could the normal rules apply. Especially when I looked at the human race as beings in a constant search for pleasure and fun. I guess I should just get this over with quickly and drop the big bomb.
“I was pregnant as well, and had to have an abortion. My parents don’t know that part, but I guess they fear something like that could have happened and want me to be cleaned, cleansed and sins forgiven, do you think that could be done, at least just for their peace of mind?”
I heard the door to the little box open, I was sitting alone in my own little world. Just me and God, no middle man to receive the transmission.